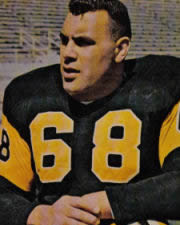 Angelo Mosca attended the University of Notre Dame and was drafted by the NFL's Philadelphia Eagles in 1959 in the 30th round (350th overall). He had already decided to play in the CFL, in 1958 for the Hamilton Tiger-Cats. He was traded to the Ottawa Rough Riders for Hardiman Cureton 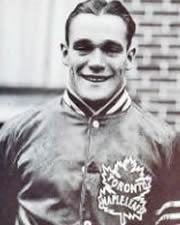 Conacher played three years of junior hockey, most notably with the Toronto Marlboros. Playing with future Maple Leafs teammate Harvey "Busher" Jackson, he achieved staggering scoring numbers, leading the Marlboros to the Memorial Cup playoffs in 1928 and 1929. In 28 playoff games with the Marlies in those two seasons, 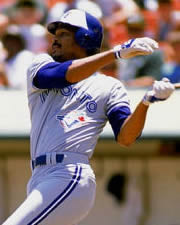 George Bell was discovered in the Dominican Republic by Toronto Blue Jays scout Epy Guerrero. His first season as a regular was in 1984, when he teamed with Lloyd Moseby and Jesse Barfield to form a very successful outfield for the Blue Jays. That outfield, along with some solid starting 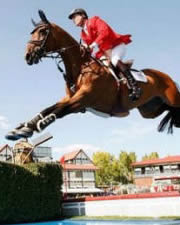 With his horse, Big Ben (1976–1999), Millar won more than 40 Grand Prix titles worldwide and the Show Jumping World Cup two years in a row. At the Pan American Games in August 1987, Ian Millar became the second Canadian to win an individual gold medal. 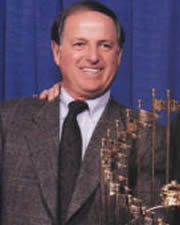