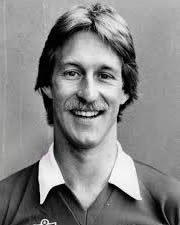 Previously unknown, the Canadian was so dominant that an unofficial “Budd rule” was proclaimed, limiting any one athlete to winning a maximum of three times.

Taking up soccer seriously only late in his teens, Budd won a Canadian championship with the University of British Columbia and went on to win seven caps with Canada’s senior national team. He played seven seasons in the North American Soccer League at a time that the sport enjoyed a huge surge of popularity.

He began his career with the Vancouver Whitecaps in 1974 in the team’s inaugural season and his career also included stints with Colorado, Toronto and Houston in the North American Soccer League and Ayr United reserves in Scotland. Additionally, Budd played indoors for the Cleveland Force and Baltimore Blast.

He went on to play for Canada, scoring in a key 3-0 win over the U.S. in a World Cup playoff in Haiti in 1976 that got Canada to the final round of qualifying in CONCACAF.

Following his retirement, Budd became a colour commentator on Toronto Blizzard broadcasts in 1982 and was the club’s director of public affairs until the end of 1983. He also provided reports from Spain of the 1982 FIFA World Cup for CKEY (AM) in Toronto.

Budd worked until his death, as a soccer analyst on The Score’s The Footy Show.