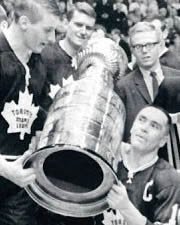 In 1967, the Toronto Maple Leafs defeated the Montreal Canadiens in the Stanley Cup finals. Montreal was considered to be a heavy favourite. But Bob Pulford scored the double-overtime winner in Game 3, Jim Pappin got the series winner in Game 6, and Dave Keon won the Conn Smythe Trophy 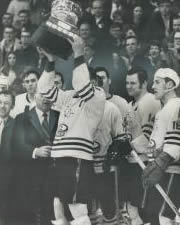 The Dunlops were Canada's representative to the 1958 World Championships, as the defending Allan Cup champions. The team took an ocean liner to the championships in Norway because team manager Wren Blair was terrified of flying. 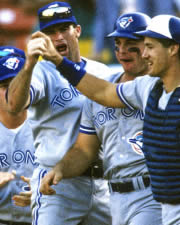 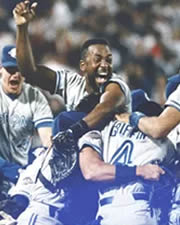 The 1992 edition of the Toronto Blue Jays will be remembered as the first team from Canada winning a World Series and for that feat, they were elected into the Ontario Sports Hall of Fame in 2001. So then it was only natural that the 1993 World-Series champion Jays be 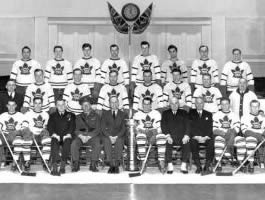 The 1941-42 Toronto Maple Leafs are the answer to this trivia question – what was the only team to come back to win a best-of-seven Stanley Cup final after falling behind 3-0?

This was a dream team, one of the finest in Canadian junior hockey history. No less than 11 players from the 1963-64 Memorial Cup-winning Toronto Marlboros graduated to the NHL. 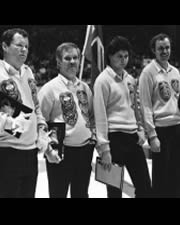 Skipped by Ed Werenich, this curling team dominated in all levels of curling winning provincial and national titles and capping off their team record with World Championships in 1983 and 1990.