The Bruce Prentice Legacy Award is presented to an individual or group whose outstanding contribution to sport or athletics is already well documented. Honourees will have demonstrated remarkable, long term contribution to sport in Ontario and the people involved. The Award may or may not be given out annually.

Voting for this award is conducted by the Board members and a selected group of experienced sports media professionals. 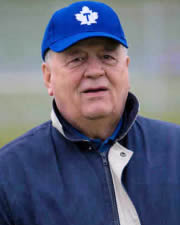 Passion, longevity, and competitiveness are just a few of the attributes that make up Jack Dominico. Dominico had a background in newspapers. He sold ads for the North Bay Nugget and Etobicoke Guardian. He met his wife Lynne at the Guardian. Their shared love of baseball led to the Toronto 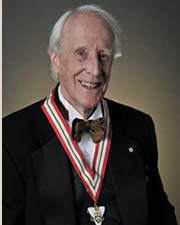 Dr. Frank Hayden, a sport scientist at the University of Toronto, is the official pioneer of the Special Olympics campaign. In the early 1960s, a group of students at Toronto’s Beverley School became the test group for Dr. Frank Hayden. Dr. Hayden was studying the effects of regular exercise on

Dubbed the “First Family of Hockey,” the Conacher family has a rich history that spans over generations making an impact in the sport. Before the Richards, Sutters, or Howe siblings, one of the early great brother combinations in hockey was the Conacher family. 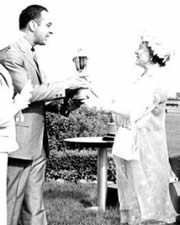 Initiated in 1859 by the then president of the Toronto Turf Club, Sir Casimir Gzowski, the Queen's Plate was inaugurated on June 27, 1860, at the Carleton racetrack in Toronto, Ontario, with the prize of 50 guineas awarded by Queen Victoria. 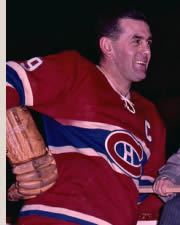 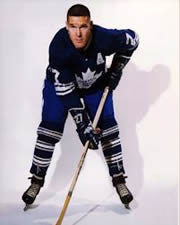